Dad Faces Jail Time After Taking Away His Daughter’s Phone 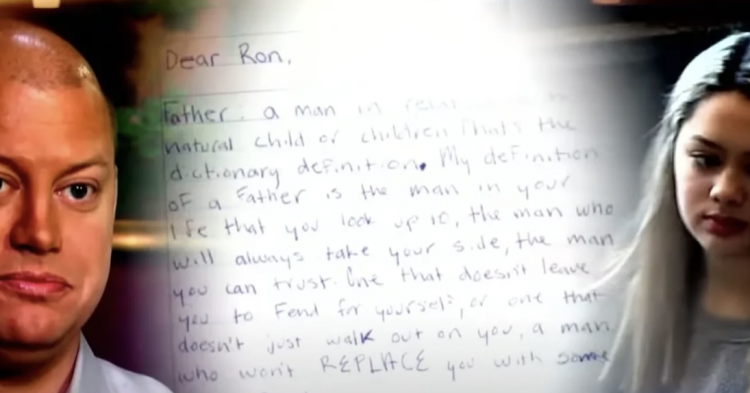 A Texas dad claims that he was the victim of police bullying after he was arrested for taking away his fifteen-year-old daughter’s iPhone. During an interview with Inside Edition, dad Ronald Jackson took away the phone that belonged to his daughter, Skylar, because the teen was supposedly sending cruel messages to the daughter of Jackson’s new wife. After he took away the girl’s phone, Skylar’s mother filed criminal charges against the man she once loved, and Jackson found himself in the back of the squad car arrested on a charge of theft of property.

Now, Jackson wants the world to know that he thinks he was the victim in all this. When speaking with Inside Edition, he said he “doesn’t consider it cruel punishment” to confiscate his teen daughter’s phone. However, Skylar’s mother is dating a Texas police officer, and the man, according to Jackson, was able to pull some strings to make sure that he was punished.

Since he was arrested, Jackson has been crying “police bullying” and claims that he was the latest victim of police officers who have a thirst for power over others. However, the Texas police department that is home to the officer in question claims that bullying was never a concern in Jackson’s arrest.

“The PD shouldn’t be interfering with my ability to discipline my daughter,” Jackson said.

Jackson was taken to court in Dallas, where his daughter, Skylar, testified against him. He stood trial for two long days, but at the end of it all, he was found not guilty.

“It was a huge weight off my shoulders,” he said.

Throughout the entire conflict, Jackson never gave up his daughter’s phone. He wanted to hold onto it to make sure that he was holding onto his power in the situation. He said, “I had to make sure I stood my ground and showed that when she’s with me, I’m going to be able to parent her as I see fit.”

Although her father was found not guilty, Skylar has asked him to sign away all his parental rights to her. She doesn’t want anything to do with him anymore.

Jackson now fears that his relationship with his daughter has been completely destroyed because of their fight over her cellphone.

Inside Edition ran a report on Jackson’s bizarre situation and wrote: “A dad claims his decision to take away his daughter’s cell phone led to their estrangement and his eventual arrest, which he said was a result of police bullying.  Ronald Jackson said he confiscated his 15-year-old daughter’s phone because she allegedly sent cruel text messages to the daughter of his new wife. Jackson told INSIDE EDITION he “doesn’t consider it cruel punishment.” However, the mother of his daughter filed criminal charges, and Jackson was arrested and charged with theft of property.”

Viewers shared more than ten thousand comments about the story, including the following:

“In 10 years, drinking water is going to be illegal, followed by breathing in 30 years.”

“The mom should be blamed for this. She is using her kid to get back at the dad! Despicable mom!”

What is your reaction?