Dad Punishes Bully Daughter, But Some Are Saying He Went Too Far 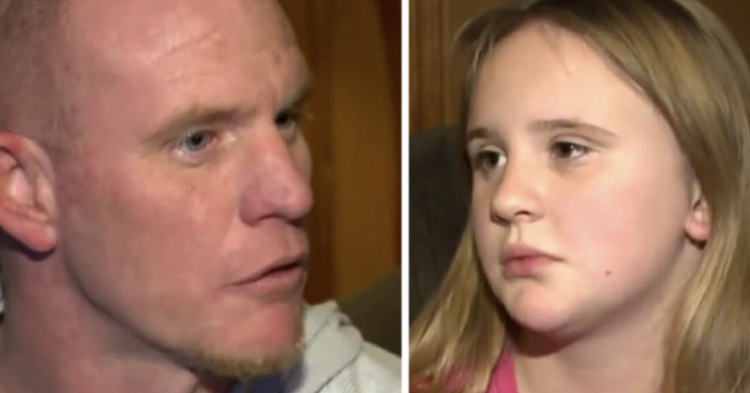 When a father decided to discipline his daughter, he used a method that most parents might avoid. However, this dad believed he had every right to punish his daughter in the way he saw fit. Nevertheless, an expert came forward following the incident and called the father’s methods “humiliating” and “cruel.” Now, dad has taken aim at the expert and defended his way of teaching his daughter an important lesson in bullying.

When 39-year-old dad learned that his daughter, 10-year-old, Kirsten, was the bully at school, he knew that he had to put an end to it pronto. Dad, whose name is Max Cox, could not believe that he had raised the bully in his Swanton, Ohio home. Max Cox had no clue what his daughter was up to in school and would never have known that she was tormenting other students unless the school took disciplinary action against her, which they did. They booted her from the school bus for the second time in a few months. She was a bully, and the school had no tolerance for such cruel behavior.

For three days, Kirsten would have to get to school by a different method. She was not allowed back on the school bus. Max knew that he could drive her to school. But would that make her learn her lesson? That’s when he decided that it was up to him to follow the school’s lead and make sure his bully of a daughter learned a lesson that she would not soon forget.

Kirsten had called her victim a name and also blocked their exit from the bus. She was a bully if Max Cox ever did see one. And he decided to turn the tables on her and make sure she knew what it felt like to bully another person. He could see as clear as day that his daughter had an entitlement issue.

“I realized she viewed the privilege of riding the bus and our car rides to and from school as a right and not a privilege,” he said to News 5 Cleveland. That’s when he decided to strip his 10-year-old daughter of that privilege and see how she dealt with it.

For the three days when she was suspended from the bus, Max forced her to walk five miles to and from school instead of giving her a ride in his car.

“Today, my beautiful daughter is going to walk five miles to school in 36-degree weather,” Max Cox said in the video footage of his daughter’s punishment. “I know a lot of you parents are not going to agree with this, but that is all right. Because I am doing what I feel is right to teach my daughter a lesson and stop her from bullying.”

Max was right. A lot of people thought he went too far to punish his daughter. They felt that bullying her like that would only beget more bullying. However, other parents were supportive of the father’s unusual punishment.

What do you think?