It Started As A Normal Renovation, But What He Found Buried In His Yard Is Making Headlines 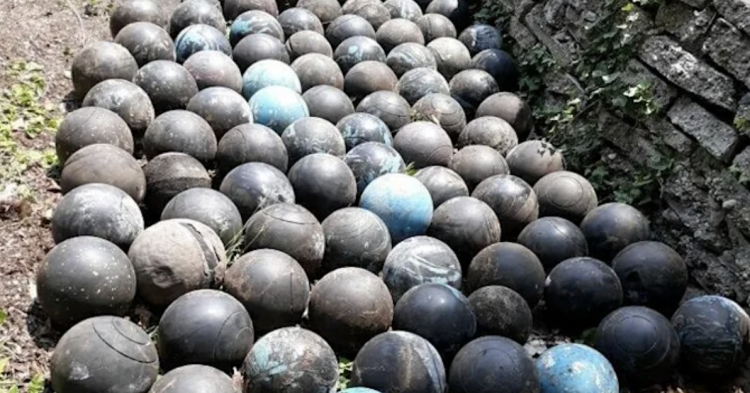 Outside the city of Detroit, Michigan, one homeowner was in for a surprise after starting a large home improvement project. Thirty-three-year-old property owner David Olson could not believe the truth when he uncovered 158 bowling balls that had been buried beneath the back steps of his house. He first realized that the bowling balls were hidden in the ground when he saw a black sphere buried in the sand close to some cinder blocks – he set out to figure out what was on his property.

“That was one of the bowling balls. I didn’t think a whole lot of it. I was kind of assuming maybe there were just a couple in there just to fill in. The deeper I got into it, the more I realized it was just basically an entire gridwork of them making up the weight in there,” Olson said. “I was actually a little happy about that because it’s a little easier to roll bowling balls out of the way than to move the sand and figure out where to put all that.” 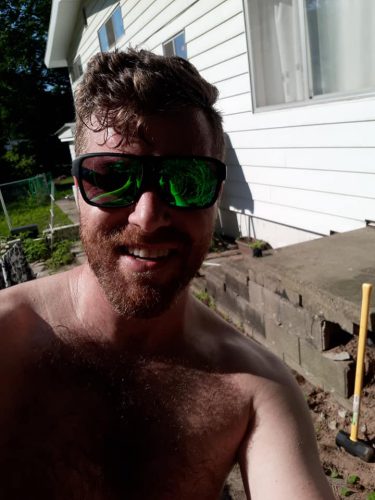 “Well, I decided to demo the back steps as they were leaning into the foundation. I had seen a few bowling balls through the openings but was totally shocked by the amount. I’ve counted at least 50 and see many more. Does anyone ever hear of bowling balls being used as a landfill? Are these hazardous? Should I report this to the city? I’m at a loss. However, I am glad I finally smashed the cement out because it showed some underlying damage that needs to be addressed. Anyway, this is my day in a nutshell.” 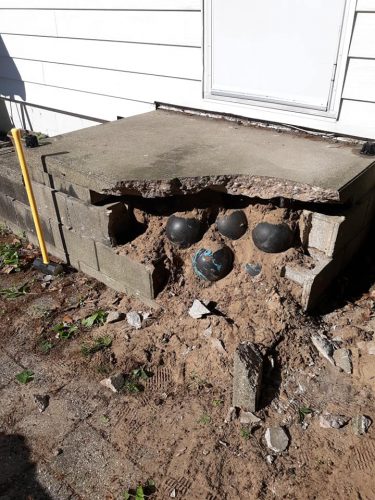 A few hours later, he shared an update:

“As of 2 pm, I have counted approximately 120 balls. Thank you all for sharing this experience with me. I had no idea the interest it would attract. I’m going to keep digging away and will post a picture with the entire haul later on when I call it quits. Any guesses on the amount?” 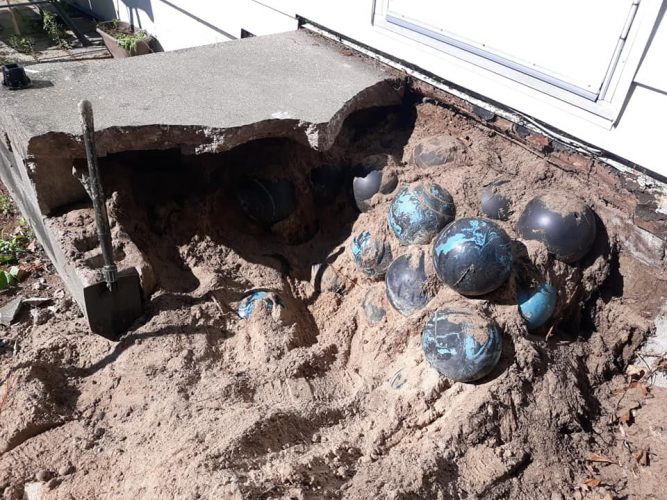 After another lengthy update, he shared the final count for the bowling balls. The total that was hidden under his Michigan property was astounding. 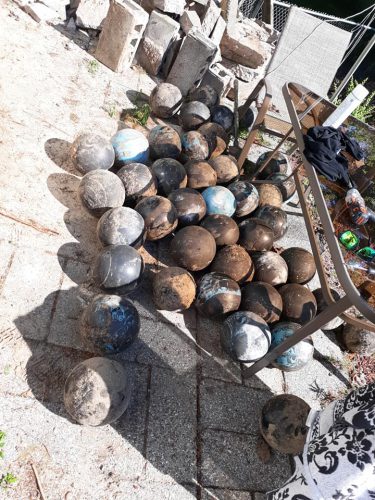 “The moment we have all been waiting for is here. Lol, I have conducted the official count and….. I have a whopping 158 bowling balls. I’ll add a few more photos showing them all. I will continue to keep this post alive as it has attracted so much attention and inform you all of what we divide to do with the balls. Thank you all for the attention and for sharing your thoughts and opinions.” 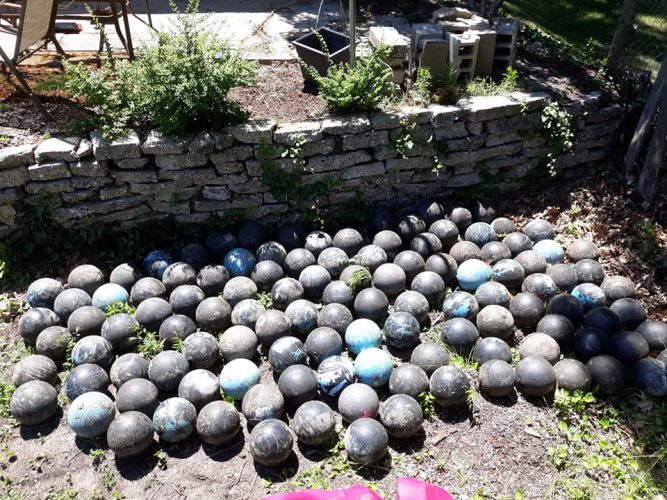 So what does David Olson plan to do with all the bowling balls he found on his property? Well, according to his Facebook post, he has a bright idea. Instead of tossing them into the landfill, he wants to give them another chance to be useful. 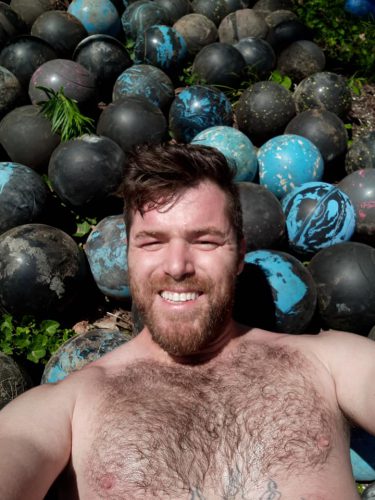 “I am planning to upcycle these baby’s and let their beauty and strength be shown to the world.”