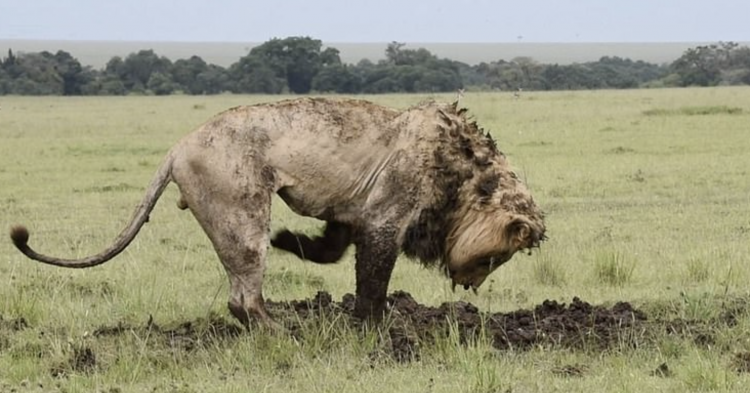 A persistent lion dug through the mud for seven hours to get to the goods underneath. After pulling away from the surface of the savannah, the lion uncovered a warthog hiding in its burrow. Images of the scene captured the male African lion clawing away at the mud as it sought to get at the 165-pound warthog hiding underneath the surface beneath the plains.

When it was exposed, the warthog tried to flee the lion. However, the predator refused to let seven hours of hard work go to waste, so he chased down the warthog and grabbed ahold of the beast by its throat. The lion then killed the warthog and devoured the critter in less than five minutes. 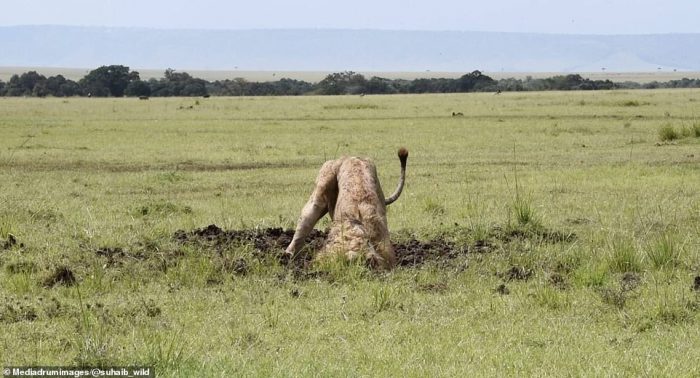 Suhaib Alvi, 24, a sales engineer from Nairobi, Kenya, happened to spot the lion digging up the mud. Alvi was visiting Maasai Mara National Park, where he happened to catch the lion hunting for the hidden warthog.

Warthogs are resourceful creatures. They will steal burrows dug by other critters, including aardvarks, instead of putting in the effort to create their own homes. Because the lion was able to smell the warthog beneath the surface, he refused to give up the dig and kept working for seven hours until he uncovered the prey and was able to chase it down for the kill. 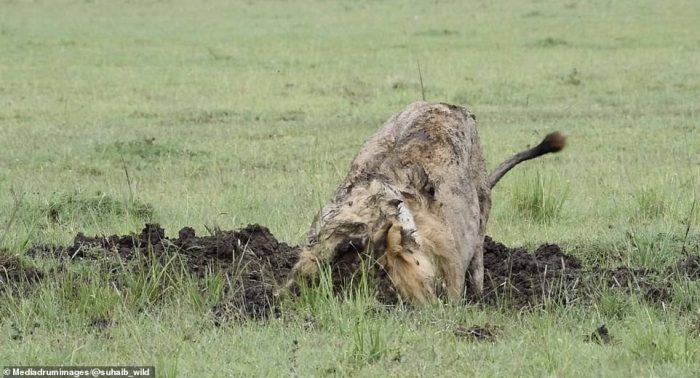 Typically warthogs rely on their burrows to keep them safe from predators like lions. Usually, these burrows do a good job keeping both adult and baby warthogs safe at all times of the day. However, this lion proved that hunger could become so overwhelming that a male lion would be willing to dig up the dirt for hours to get to the pig under the ground. 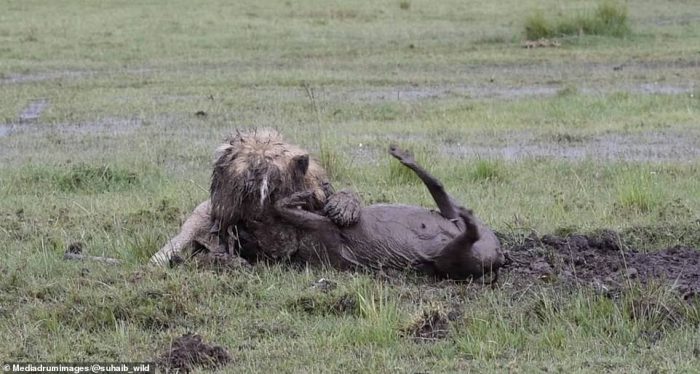 Alvi published his pictures in Daily Mail, where more than seven hundred people shared their reactions in the comments. The following are a few thoughts from readers like you. Many people spoke about the challenges of living in the wild.

“Nature is very cruel, but that poor lion is so thin. I’m surprised he managed to dig for that length of time.” 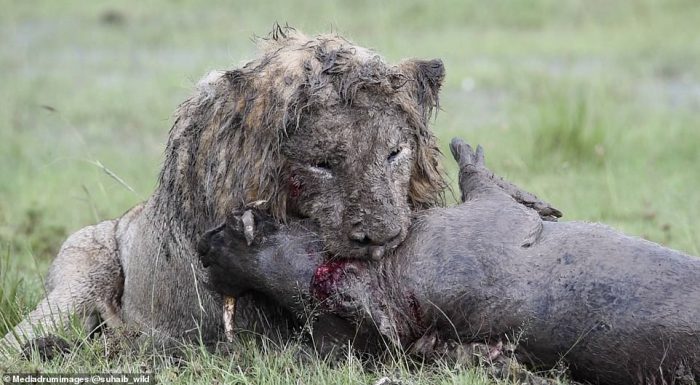 “That lion looks grey(not just the mud) and very thin. Probably his only chance of eating. Nature can seem so cruel, but it’s the circle of life.”

“This is nature, and we have to accept that Lions kill to eat, but I feel sorry for the warthog, which must have been terrified for seven hours.” 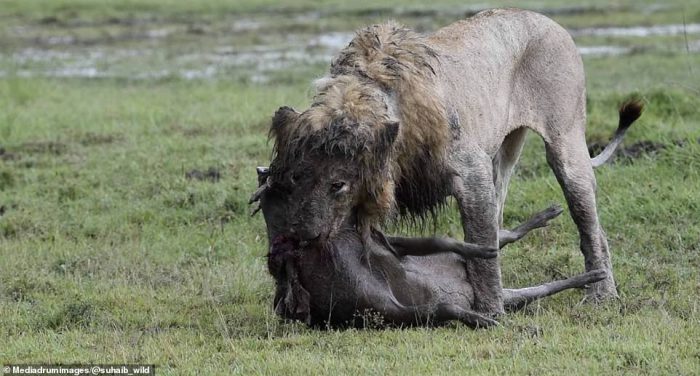 “After that Herculean 7hr effort to get a meal, he deserves it. Shame for the warthog, but there are predators, and there is prey, even in humans.”

One person suggested that this lion was alone and needed to find the warthog to survive: “That’s a solitary male, meaning he was kicked out of the pride by younger males. Solitary males are unable to hunt, and most die from hunger. He doesn’t have the energy to chase prey, and that’s why he put that much energy for that meal.” 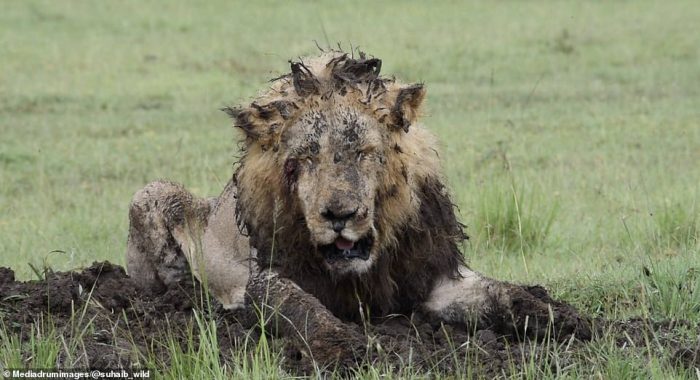 What do you think about these images of the lion digging up the warthog? Did you know lions could do that?