Not Everyone Is Happy About LEGO’s LGBTQ Set 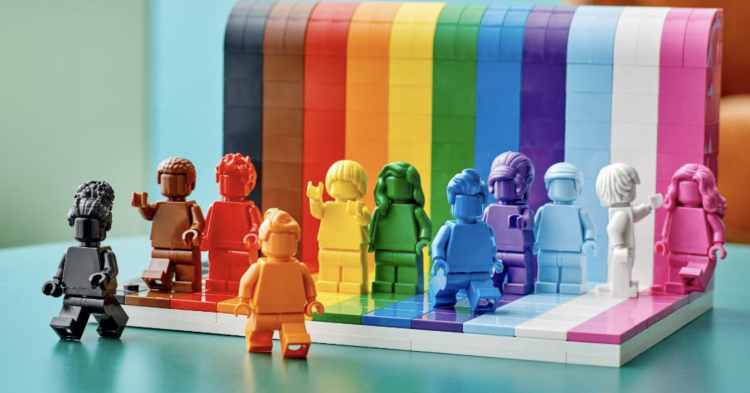 LEGO has just announced that it will be selling its first-ever LGBTQ-themed set in time for Pride Month this June. The set includes 346 pieces along with eleven figures. Each figure in the set features a different hairstyle as well as a different color in the Pride rainbow. The new set is entitled “Everyone Is Awesome” and was designed with inspiration from the rainbow flag, which continues to be a symbol of hope and acceptance for the LGBTQ community.

Fans will be able to purchase the new LEGO set beginning in June. The product’s release coincides with the start of Pride Month, which celebrates the LGBTQ community and the strides it has made toward equal rights. The rainbow flag set of LEGOs was designed by Matthew Ashton, who spoke about his reason for creating the new toy for the popular product line. 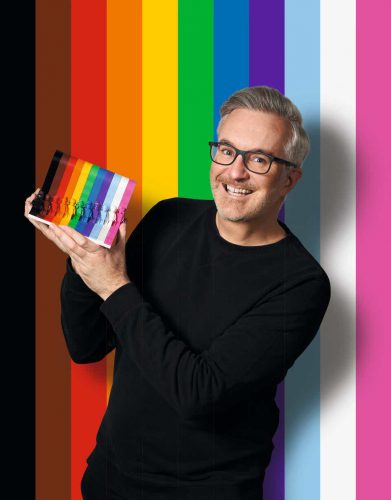 “I wanted to create a model that symbolizes inclusivity and celebrates everyone, no matter how they identify or who they love,” the set’s designer Matthew Ashton said in a statement Thursday. “Everyone is unique, and with a little more love, acceptance, and understanding in the world, we can all feel more free to be our true AWESOME selves! This model shows that we care and that we truly believe ‘Everyone is awesome’!”

Ashton said that the LGBTQ rainbow flag-themed LEGO set was a way for the company to celebrate the LGBTQ community among both colleagues at the LEGO company as well as adult fans of the toy line.

“I am fortunate to be a part of a proud, supportive and passionate community of colleagues and fans,” he said. “We share love for creativity and self-expression through Lego bricks, and this set is a way to show my gratitude for all the love and inspiration that is constantly shared.”

Leaders in the LGBTQ community applaud LEGO for creating the new set in time for Pride Month.

“Having LGBT-inclusive toys creates a space for families to let LGBT children know that they are loved and accepted,” Joe Nellist, from the UK’s LGBT Foundation, told CNN. “Growing up in a world which often tells you there is something ‘wrong’ with you can lead to a person developing a deep sense of shame — something we know can have a long-lasting impact on both mental and physical health.”

The press release for the LEGO set announcement was made on May 20, 2021, less than two weeks before the LGBTQ-themed toys will go on sale. People are already clamoring to get their hands on it. 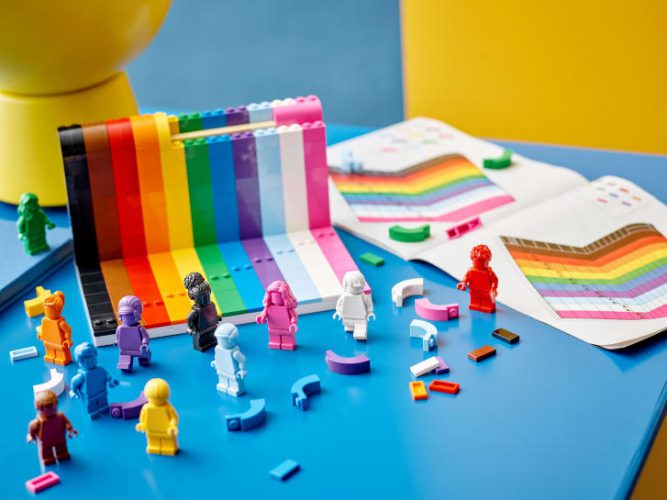 “The LEGO Group today announces LEGO® Everyone is Awesome, a set designed to celebrate the diversity of our fans and the world around us. The buildable display model is inspired by the iconic rainbow flag, which is used as a symbol of love and acceptance by the LGBTQIA+ community and features 11 monochrome minifigures, each with its own individual hairstyle and rainbow color.”

Do you think this new set will be popular during Pride Month? What do you think about LEGO creating a set to honor the LGBTQ community?