Pregnant Woman Gets Shamed For Eating Fast Food, And Her Reaction Is Going Viral 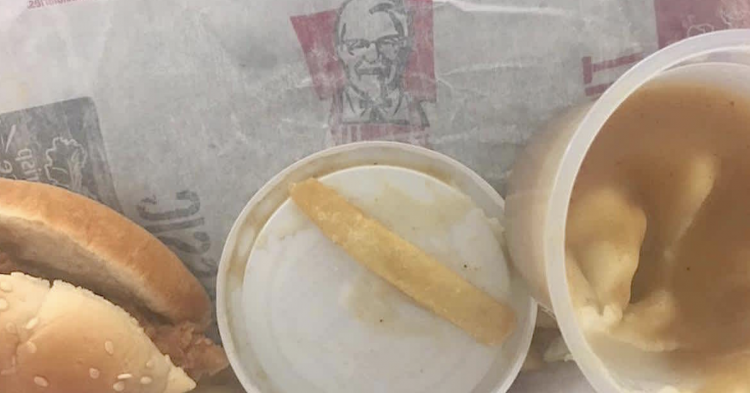 Laura Mazza leads a busy life. Besides being a mom, she owns and operates a blog entitled Mum on the Run and often shares inspiring stories from her daily life. However, a recent post was anything but inspiring. During her pregnancy, Laura was craving some high-calorie food to help feed the ravenous baby growing inside her, so she stopped off at a KFC location for some fried chicken and sides – but she soon found herself engaged in an interaction with a strange man that could not have left a worse taste in her mouth.

The interaction left such an impact on Laura that she was compelled to share her story on Facebook. She wrote her note from the perspective of the male stranger who confronted her. 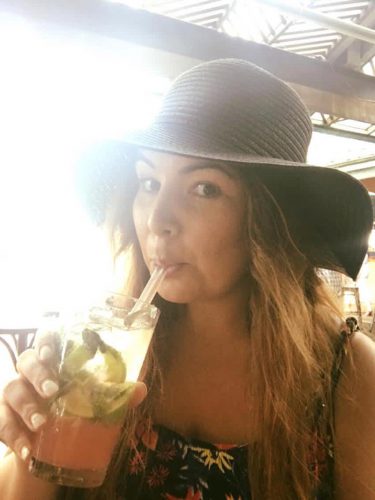 “I look at her and notice. She’s kinda round, kinda chubby. I stare at her a bit while she goes from dunking her fries in hot sauce to potato and gravy and shoving it in her mouth with delight,” she wrote as though seeing the world from the eyes of the male stranger. “‘Excuse me, do you know how bad KFC is for you? THAT much KFC?’”

Laura’s post continued, “She looks at me confused and with disbelief, probably because it’s ironic that I myself am eating popcorn chicken, but I take the time to explain to her that I, in fact, eat very clean and was eating this because my lean body that was made from Zeus and Athena, the Greek gods, needed some fat.

“I then explained to her I was a personal trainer, and I could stop her from jiggling when she walks (yes, they were my EXACT words) and help her get fit and hot for summer to find a man… and that surely she’d rather that, than looking pregnant and chubby and single.” 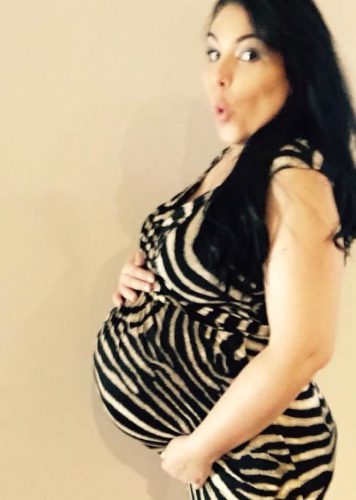 The stranger might not have known, but Laura was fourteen weeks pregnant with her third child when she was at the KFC restaurant enjoying a meal. The pregnant mom was simply satisfying a craving and was trying to make sure her unborn baby was getting the calories and nutrients it needed to grow up healthy and strong.

The man finished his lecture and waited for Laura to respond. She continued her Facebook post, writing sarcastically from the man’s perspective.

“She studied my face. Probably thinking, how could one individual be so beautiful? And not at all that maybe I was either drunk, she was being punked, or that I genuinely suffer from narcissism, and I’m not aware. No, she definitely looked at me, no studied me and thought this man could save my life. This beautiful, beautiful man.” 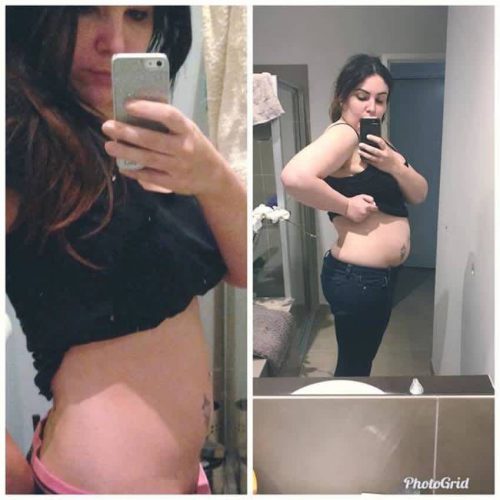 Fortunately, Laura did not let the “personal trainer” make her feel bad about eating KFC during her pregnancy. Instead, she dunked a fry in gravy and then told the man.

“I’m sorry, I didn’t hear anything you said because all I could think about was how much food you have stuck in your teeth while you were talking.”

Laura then handed the rude stranger a toothpick and asked him to “Use this and start again.”