Thug Attacks Woman Alone In An Elevator, But Doesn’t Know She’s Ready To Defend Herself 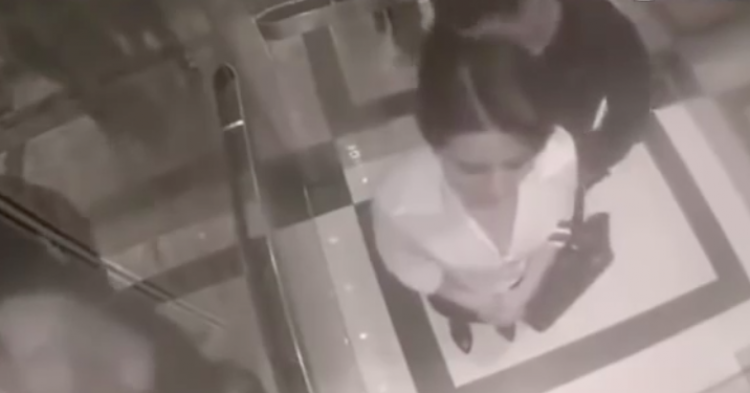 Predators select victims they think will be easy targets. It’s the same things bullies do when trying to pick the people they are going to pick on. Rapists and molesters are particularly evil when it comes to picking their victims. But one molester who tried to mug a woman in an elevator had another thing coming to him when he picked a “victim” who knew how to defend herself against an attack from behind.

If you ever find yourself in a dangerous situation, it is important to do what you can to protect yourself. And if you feel that you might want to prepare yourself for such an encounter, it is worth looking up some basic self-defense skills. People who are prepared with skills and knowledge know what to do when someone tries to violate them or turn them into a victim.

However, it should be noted that no amount of self-defense training can work if the person draws a weapon like a knife or gun. At this point, the person being threatened needs to do whatever he or she can do to stay alive.

But if someone threatens your safety, people equipped with self-defense skills are capable to doing something to respond to the situation. And that’s exactly what happened in this video when a woman was attacked in an elevator in China.

The footage comes to us from April 24, 2016. Although it might not be brand new, it should serve as a reminder that people who are equipped with self-defense skills can help keep themselves safe from predators.

A video description on Rumble wrote, “Even though it is very satisfying to watch and see the outcome of this video, we should keep in mind that not every case of assault ends in fairness or retribution. Sometimes things don’t work out and the molesters don’t learn their lesson. Let’s hope that the story of this elevator molester getting beaten up by a woman who slaps him in the face and kicks him in the crotch will serve as a painful lesson for all those offenders out there to beware!”

The description added, “Footage shows a woman standing in an elevator checking her phone, moments before the man in the elevator begins acting inappropriately by sneaking behind her back and sliding his hand onto her shoulder. At this point, the woman has had enough and is ready to teach him a lesson.”

Predators want an easy victim. They’ll try to lure a woman into a vulnerable place where she won’t be able to get the help she needs. The predator also looks for a vulnerable moment to strike so he can get the upper hand on his victim.

After watching this video, it might inspire women to seek out martial arts or self-defense training. With just a few tips and tricks up their sleeves, women can be better equipped to fight off rapists and molesters as well as other predators.

What do you think about this footage? Have you ever taken any self-defense lessons?