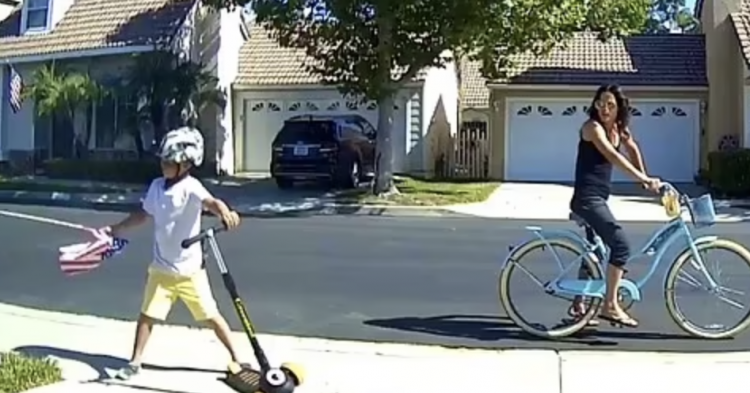 A clip has been floating around social media that has been viewed more than three million times as of Sunday. In the clip, a young boy is shown pulling an American flag out of someone’s lawn before throwing it to the ground. While this behavior would be enough to warrant outrage from members of the American public, the incident was made so much worse because an adult woman watched the whole thing happen and did not say a word in reprimand to the young boy.

The post first appeared on social media channels on July 8 and was filmed in an unknown American location. The video clip was shared along with a series of pro-Trump memes when Ricky Lee uploaded the video on his social media channel, which has 5,000 followers. 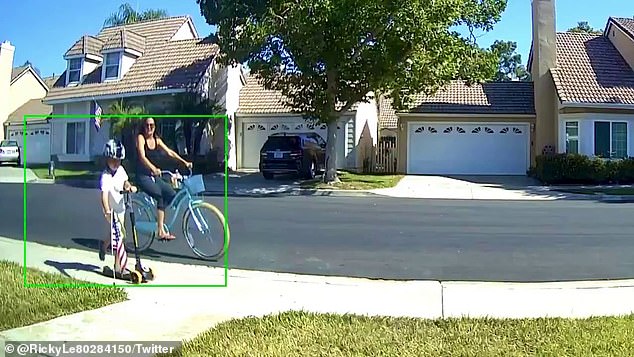 The video opens with a young boy who is on a scooter. The boy is wearing a helmet as he scoots up to a nicely manicured lawn with an American flag poking out of it. The boy brings his scooter to a stop and then reaches over to pull the small American flag out of the grass and throw it onto the side of the road. 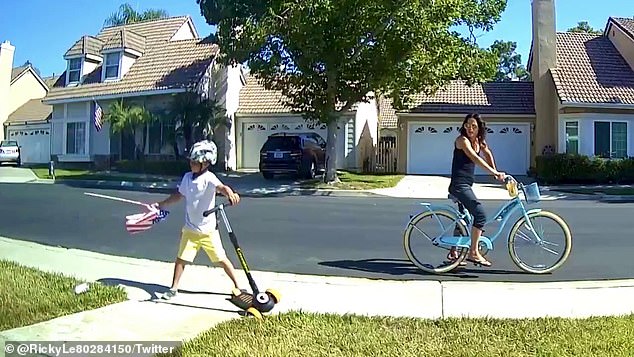 However, the clip sparked outrage among thousands of people because of the woman’s reaction. She was accompanying the boy on a bicycle and did nothing to him after he pulled the flag out of the property and tossed it onto the nearby sidewalk. While the woman could have told the boy to put the flag back, she did not and let him get away with it despite the bad behavior. 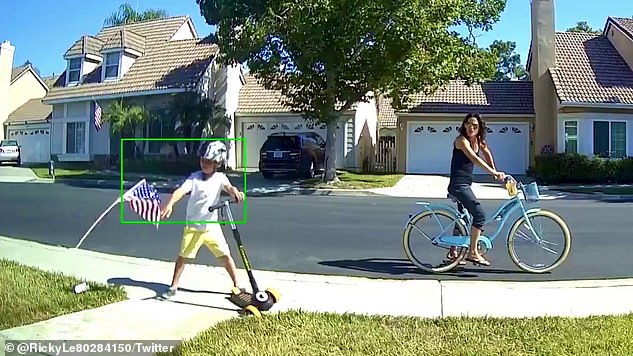 Journalist Marie Oakes, a senior editor of Canadian and U.S. news site Westphalian Times, saw the clip and shared it the following day on her Twitter page. She wrote, “Children are being raised to desecrate the flag,” and her post promptly went viral with more than seven thousand comments and twenty thousand likes.

No one has been able to identify the child or the woman, but there were plenty of people who made their voices heard.

“If my kid did that, he would be apologizing and then mowing that family’s grass the rest of the year,” said one woman.

A man wrote, “This is sad. We would never have thought to do that as kids in the 60s. It was certainly a different time.”

“Honest question,” someone asked. “How can a country succeed if its citizens are being raised to hate it?” 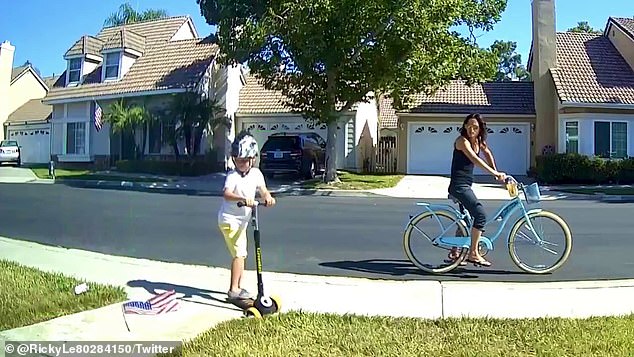 One viewer believed that the child needed to be punished.

“If caught and found guilty of trespassing, vandalism, etc., the punishment should be going to a cemetery and planting flags on the graves of veterans and hopefully understand that the flag represents the vet’s sacrifices, giving her the freedom to ride her bike down the street.”

However, there were some people who feared the video was staged to cause controversy.

“I’d agree if it wasn’t staged. That kid wouldn’t have cared, or the mom would’ve picked it up,” said Zeke Gonzalez. “I’m 100% convinced it was staged.”

Children are being raised to desecrate the flag. pic.twitter.com/RtNBo3u1st